At the heart of SAO is growing team of facilitators, many experienced in world, classical and contemporary genres with a proven track record of excellence in project development, innovative collaboration, cross-cultural sensitivity with a passion for musical exploration.  Our facilitators can be seen as teaching artists, that is, artists in their own right who have an innate gift for sharing ideas and nurturing learning experiences in others.  The acclaimed American musician/teacher Eric Booth defines a teaching artist as a practicing professional artist with the complementary skills, curiosities and sensibilities of an educator, who can effectively engage a wide range of people in learning experiences in, through, and about the arts.” It is this dual capacity to create and to help others create that exemplifies an SAO facilitator.

At the heart of SAO is growing team of facilitators, many experienced in world, classical and contemporary genres with a proven track record of excellence in project development, innovative collaboration, cross-cultural sensitivity with a passion for musical exploration.  Our facilitators can be seen as teaching artists, that is, artists in their own right who have an innate gift for sharing ideas and nurturing learning experiences in others.  The acclaimed American musician/teacher Eric Booth defines a teaching artist as a “practicing professional artist with the complementary skills, curiosities and sensibilities of an educator, who can effectively engage a wide range of people in learning experiences in, through, and about the arts.”  It is this dual capacity to create and to help others create that exemplifies an SAO facilitator. 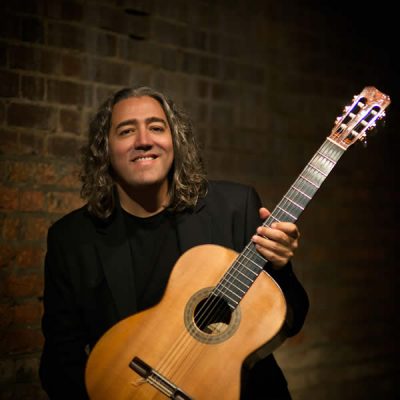 Anthony Garcia is a renowned guitarist, composer and educator who has performed and collaborated with creative practitioners across styles and cultures throughout Australian, Thailand, Japan, China, Europe, Mexico and the United States. His compositional output traverses ethnic, classical and jazz sound-worlds and includes acclaimed recordings with didgeridoo master William Barton and Latin harpist Sandra Real. Anthony’s love for teaching, sharing ideas and collaborating has led to the development of innovative education programs that foster inclusivity, intercultural experimentation, improvisation and composition. 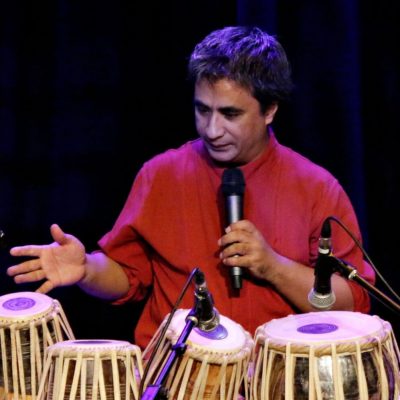 Internationally acclaimed tabla percussionist Dheeraj Shrestha is recognized as the foremost Nepalese born tabla percussionist in Australia. An irrepressible creativity, tremendous clarity and exciting rhythmic improvisation are his stylistic hallmarks and this has established him, worldwide, as one of the finest exponents of tabla. His easy flowing style of playing tabla, sets him apart from other players of international renown. He is now teaching at the Queensland Conservatorium Griffith University. 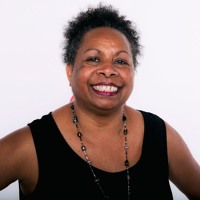 Ruth Ghee is a Torres Strait (Mer), South Sea (Ambrum) Islands and Aboriginal (Kabi Kabi) woman, since graduating from the Aboriginal Centre for the Performing Arts in 2001, Ruth has been involved in various forms and expressions within the performing arts, music and entertainment industry. In 2005 she was part of the creative development team of the AWGIE award winning ‘Kese Solwata’ Children’s Theatre Production which premiered at the Queensland Performing Arts Centre 2006 Out of the Box Festival, then toured throughout the Torres Strait Islands performing at schools. Ruth has completed a Bachelor of Arts (Language and Linguistics) in 2011 and aims to revive maintain and preserve Australian Indigenous languages, mainly her father’s (Meriam Mir) and mother’s (Kabi Kabi) languages through creative practice. Currently she is involved in directing local choirs such ‘Voices for the Light’, ‘Purli Shellz Community Choir’ and ‘The Belle Flowers’, The First Nations Choir and the Verandah ChiX which provide a platform in which to share and maintain these languages. Ruth also works as a producer with the Brisbane Multicultural Art Centre (BEMAC). 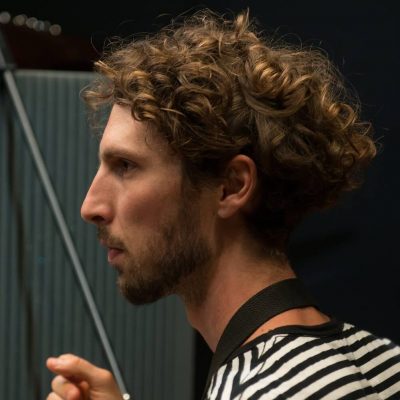 Rafael Karlen is a Brisbane-based saxophonist, composer and arranger. He graduated from Griffith University, Queensland Conservatorium of Music in 2004 with a Bachelor in Contemporary Music Performance in Saxophone. Rafael received the Lord Mayor’s Fellowship for Young and Emerging Artists from the Brisbane City Council in 2011 to undertake study in Europe where he completed of his Masters of Music Degree at the University of York in England.In 2015 Rafael was awarded a Winston Churchill Memorial Fellowship which allowed him to travel to New York, Amsterdam, Copenhagen, Berlin, Frankfurt, Cologne, London, Oxford, Oslo and Stockholm to undertake study in Contemporary music performance, composition and ensemble directing. 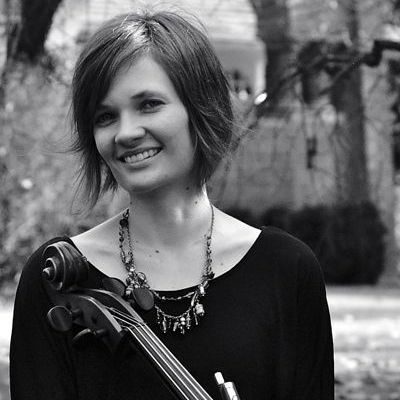 Eleanor has toured across Australia, China and Europe and regularly performs frequently as a soloist and chamber musician. She has performed for local radio stations in Melbourne and Queensland, and is in demand as a session musician in her current home of Brisbane, including freelance work with the Camerata of St. John’s and the Queensland Pops Orchestra. Eleanor is a Director of Rue Arts, an
arts company dedicated to creating a sustainable model for creative organisations, and manages Sanctuary String Quartet and the newly founded Rue Session Orchestra. She is also a passionate and committed educator, teaching privately from her home studio and at St. Margaret’s Anglican Girls School in Brisbane. Tnee is a charismatic and unique musical artist with a contagious enthusiasm for creativity and spontaneous invention. His most recent work has been as a creative producer and musical director in A Very Naughty Christmas a piece of independent musical theatre which played to sold out crowds at the Brisbane Powerhouse in December 2017. He is known for his captivating emotional expression as a virtuosic jazz pianist in solo and group performances around his hometown of Brisbane. Tnee is also frequently commissioned to compose music, his most recent composition, ‘Mummy who am I’, is featured in a book published by Boolarong Press. Bann is a singer, songwriter, storyteller and qualified music therapist.  Raised on the banks of the Pioneer River in his hometown of Mackay, North Queensland, music, dance, storytelling and humour were an influential and integral part of his childhood, growing up in an extended Torres Strait Islander Family. Getano began his musical apprenticeship among the mangroves and the creek beds, daydreaming; creating poems, melodies and songs – all of which were to form his first compositions. As a singer, songwriter, storyteller, entertainer and community role model for well over 25 years, Getano has been described as highly passionate and has worked with young people from all backgrounds in his extensive career. 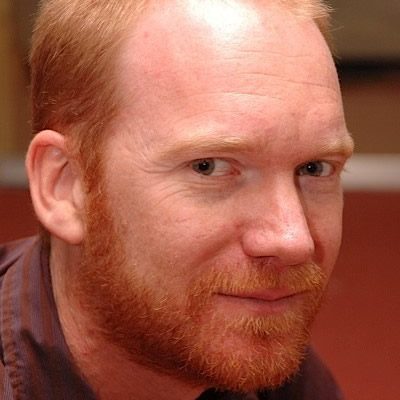 PhD MAudSt MPhil BMus(Hons) MASA(CCP)
After initial studies in sound engineering, Ian began his working life as a live engineer and recording producer for the folk-rock band Popproperly, occasionally playing French horn from the mixing desk. He has since become a professional classical musician with a diverse range of skills and interests and is adept at various instruments. Ian is currently Adjunct Senior Lecturer at the Queensland Conservatorium of Music and has been a permanent Principal musician with the Queensland Symphony Orchestra for over 15 years. Ian is also a practicing clinical audiologist dedicated to hearing conservation for musicians – the subject of his recently completed doctorate. Katherine Philp’s performances range from the classics to cutting edge contemporary art music, as well working on cross-cultural and multidisciplinary collaborations. She is currently the principal cellist of Queensland’s Chamber Orchestra, the Camerata of St Johns. She is also a member of the Kurilpa String Quartet, contemporary music ensemble Kupka’s Piano, presents education programs for Music viva in Schools, and performs with the Queensland Symphony Orchestra. She appears regularly at many of Australia’s leading music festivals including the Australian Festival of Chamber Music, Canberra International Music Festival, the Bangalow Music Festival, Tyalgum Festival of Classical Music, Four Winds Festival and the Woodford Folk Festival. Katherine regularly performs live broadcasts and records for 4ZZZ, ABC Classic FM and ABC Radio National. 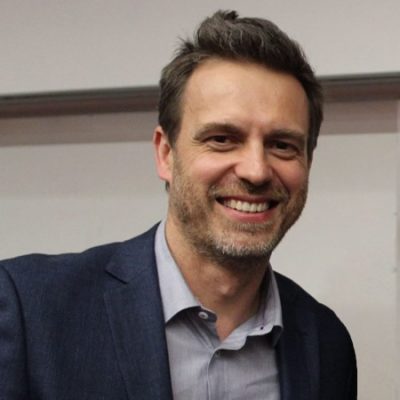 Dr Stan Steindl is a Clinical Psychologist and Adjunct Associate Professor at the School of Psychology, University of Queensland. He is a writer and researcher on the topic of compassion, self-compassion, motivation and behaviour change. And he has been an amateur musician most of his life, with a deep love for music, especially The Beatles! Recently, he has collaborated with Dr Anthony Garcia to explore the Convergence between the science and practice of compassion, and the emotionally and spiritually potency of music, to help people cultivate more compassion for themselves and others in their lives. 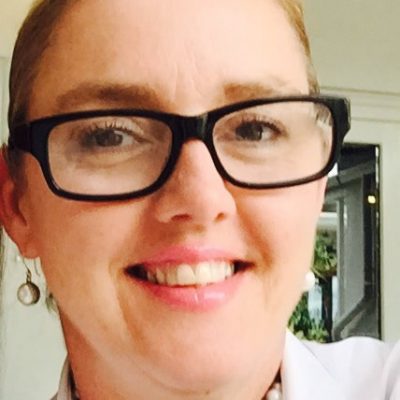 Jennifer Garcia is a passionate advocate for the arts with extensive experience in cultural programming and event management.  With a talent for creating innovative & targeted marketing & public relations campaigns Jen aspires to integrate diverse and interlocking fields through the development of events that promote cultural inclusivity, originality and creative expression across a broad spectrum of artistic practices. 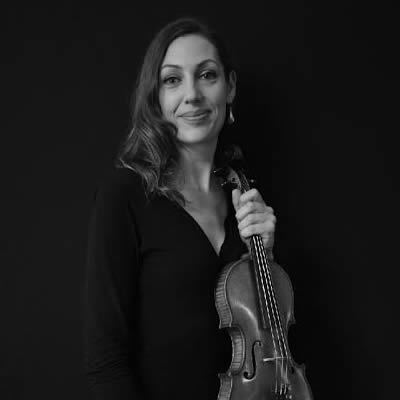 Rebecca Karlen graduated with a Bachelor of Music Performance (Hons) degree
from the University of Queensland in 2002, with a Dean’s recommendation. She has since then worked as a musician and strings teacher in her hometown Stockholm, Sweden, as well as back in Brisbane. Rebecca has an extensive teaching background as both a private teacher and as an upper string specialist in several music schools in Stockholm and at schools in Brisbane. Alongside her passion for teaching, Rebecca performs regularly with the Queensland Pops Orchestra, the Queensland Session Orchestra and also for several different agencies, such as Angelstrings, Bentley’s Agency, the Queensland Conservatorium Performers’ Agency, Four Strings, Strings at Hand and Sanctuary Strings.